Over this past weekend I enjoyed spending some true quality time with my mother who lives in Mammoth Lakes, Ca., a beautiful small town nestled in the Sierra Nevada mountain range.  We had just gotten back from a day filled with doctor’s appointments, buying matching new winter coats and visiting some incredible sites on the mountain.  The night before we had enjoyed sipping delicious “La Bamba” margaritas at my mom’s favorite restaurant, Roberto’s. 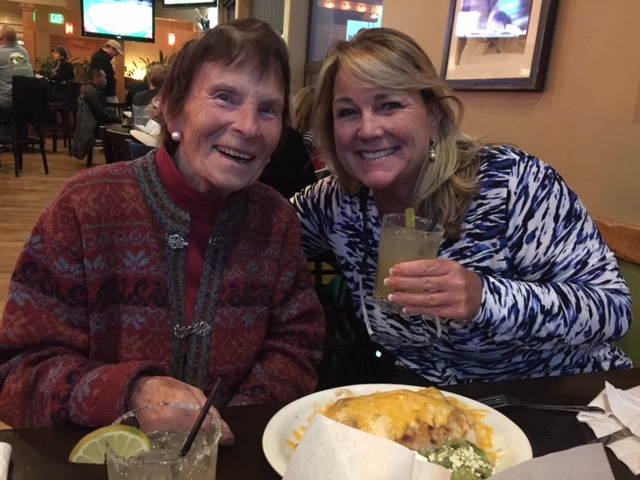 As I was selecting pictures to post on Facebook, I showed my mom some of the pictures.

She looked at me and asked again, “Who’s that in the picture?”  A stinging pain shot through my heart and a lump deepened in my throat.  “That’s me, mom.  That’s a picture from last night when we had dinner at Roberto’s.”  “ Well, it doesn’t look like you, she responded.

Over the past 3 years, my mother has been battling with dementia – not Alzheimer’s dementia, but another form called micro-vascular dementia.  The type of dementia doesn’t really matter – they all lead to the same unfortunate outcome – forgetfulness, trouble with language and steady decline in cognitive function. 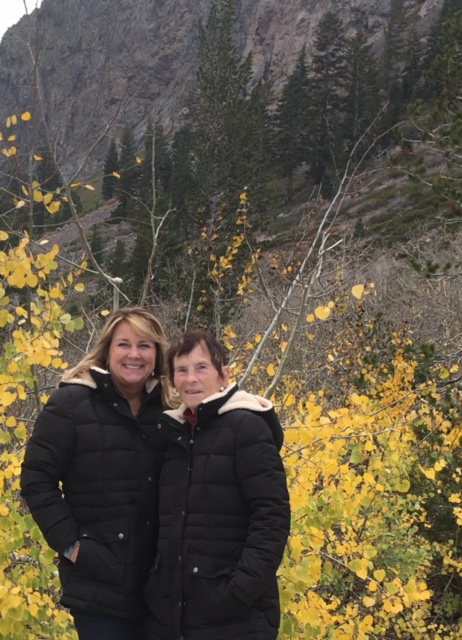 Many of you may not be aware of how common dementia is.  Here are some quick facts: (1) 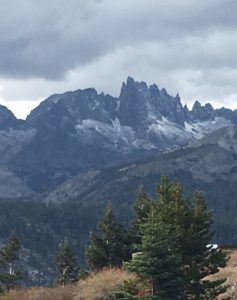 As the winter months approach with large amounts of snowfall expected, I hope that my mother can continue with her daily walks.  Exercise has been shown to help with symptoms and her caretaker, Rosa, will be walking with her, when the weather permits.

It saddens me to see my mother, an incredibly intelligent woman, who earned a Ph.D. in Psychology and was Phi Beta Kappa, show such decline in cognitive function.  But I also realize that it is her brain that has changed not her soul.   She still smiles when she sees me and I know that deep in her soul her spirit lives on.

I walked for Alzheimer’s Disease on Saturday, October 22, at Oceanside Pier.  If you didn’t WALK , you can still make a donation!