When it comes to making changes in your life, slow and steady is the way to go.   Whether it is weight loss, eating better or exercising, implementing one baby step a day will help you more than racing to the finish line. 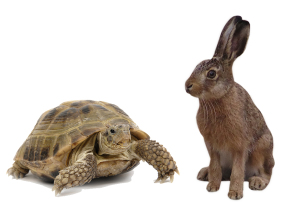 A recent study by a group of researchers at NIH published a study on a different approach to weight loss. They studied a group of over 1,600 obese Americans and asked them to write down everything they ate a least one day a week.(1) That’s all – just start this one habit, writing down what they ate for at least one day of the week. I must say, I’m a bit more demanding of my patients and have many keep a daily log, every day of the week if they are truly looking to lose a significant amount of weight.

Given the updated technology, the study also looked at using a PDA versus writing on a paper pad.

Back to the study….For many it was difficult at first.  Many forgot to bring their food journals with them or forgot to write them down.  Slowly, however the subjects started recording their meals once a day, sometimes even two to three times/day. Eventually, it became a habit.

Then something incredible happened. The participants started looking at their entries and finding behaviors which weren’t initially asked of them.  Some participants started keeping an apple at their desk for their mid-morning snack rather than a candy bar or cookie that they previously reached for (i.e. making smarter food choices). Others started planning menus for the upcoming weeks with healthier foods, rather than grabbing for the frozen pizza or other junk food from the fridge.

“After a while, the journal got inside my head,” one person said. “I started thinking about meals differently. It gave me a system for thinking about food without becoming depressed.”

After six months, those people who kept a daily food journal had lost twice as much weight as those that didn’t.  Not only did they lose more weight, those participants that kept a journal also experienced major improvements in other areas of their life, such as increased self-confidence, improved self-esteem, and higher energy level.

The whole point of the story?

By changing just one habit, even if a seemingly small one, can have a ripple effect on your life — leading to changes in other parts of your life.

So I challenge you, pick one habit — only one and start tracking it.  Do it every day and commit to doing it for the next 30 days.

Fill me in on your progress!  Remember, be the tortoise, not the hare!

P.S. Here’s a version of one easy to follow food journal:
www.heart.org/fooddiary
or download the free app:  myfitnesspal.com.