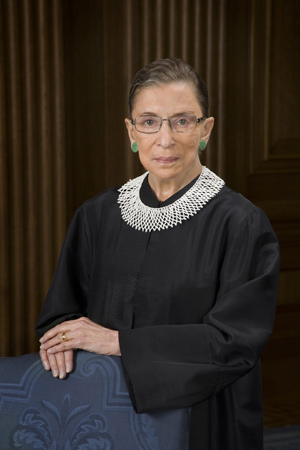 I was deeply saddened by the death of one of the most AMAZING women in the United States history, Ruth Bader Ginsburg, on September 18, 2020, due to complications from pancreatic cancer at the age of 87.

She was a truly incredible woman who deserves tribute for her service and contribution.   Judge Ginsburg was the second woman to serve on the Supreme court, the first being Sandra Day O’Connor.  Her votes of rulings and dissents propelled feminist causes and rights over the past 50 years, helping to shape how women are seen and treated in the United States today.

Here is a list of some (and NOT all) of her amazing accomplishments:

Judge Ginsburg’s upbringing was also quite interesting and inspiring.  Joan Ruth Bader was born the second daughter of a Jewish immigrants and raised in a striving working-class neighborhood in Brooklyn, New York.  Her father became a furrier and a haberdasher.  Her mother graduated from high school at the age of 15.  Instead of furthering her education, she was forced to be a garment worker to pay for her brother’s education at Cornell.  Like most women in that generation, she married young and had 2 daughters, Marilyn and Joan, changing her name to Ruth because of so many “Joans” in school at that time.

Judge Ginsburg credits her mother as being the most influential person instilling beliefs of courage and independence.   She later stated, “It has always been that girls should have the same opportunity to dream, to aspire and achieve – to do whatever their God-given talents enable them to do – as boys.”

Upon reading of Judge Ginsburg’s passing, I noticed some parallels with regard to my mother, her background, achievements and the values instilled in me.  My mother was born in 1935 in Berlin, Germany and immigrated to the United States with my immigrant German father in 1959.  They came to first settle in Delaware where my father received psychiatric training at the State’s Mental Hospital ultimately becoming a board-certified psychiatrist and moving to California.

Over this period of time, she raised four children, each born approximately one year apart.  By the age of 27, she had four children under the age of 5.   Growing up as the youngest, I found it difficult at times to have my needs met or listened to, but I always knew that my mother loved me, believed in me and held me dear to her heart.  She instilled values of independence and perseverance in me which she emulated by receiving her Ph.D in Psychology at UC Riverside and later teaching as a professor at UCLA.

My mother is now 85 years old and suffers from progressive dementia, living in a Board & Care facility in Oceanside, California.  Previously she lived in Mammoth Lakes, a beautiful area surrounded by the Sierra Nevada mountains where she enjoyed hiking the various trails and passes nestled in the John Muir Wilderness.  I brought her down to San Diego in 2018, after 5 years of progressive mental and physical decline, to be closer to me and oversee her care.

Sadly, my mother can no longer walk and is confined to a wheel chair.  She has lost her verbal ability to form sentences and wears protection for both urinary and bowel functions.  It’s truly difficult to see my mother in this state- a state she would never have wished for.

Luckily, she is not in pain and is still eating, albeit with the assistance of her care-givers.  I faithfully visit her every week, painting her nails and bringing mini-palmiers- one of her favorite pastries.   Although she does not recognize me or call me by my name, I cherish the days that I can still spend with her, knowing that her time is very limited.  Upon leaving at my last visit, I whispered, “Auf wedersehen” in her ear.  She then whispered in a soft, shaky voice, “Auf wedersehen.”  Tears swelled in my eyes as I waved good-bye.

Let us take the time to honor the amazing women in our lives that have formed history for us in so many ways – instilling the values that created the amazing individuals that we are today.  May we give our fondest remembrances to Judge Ginsburg and all she has contributed to the women of our nation.

May she rest in peace.

In health and happiness- Dr. Diana 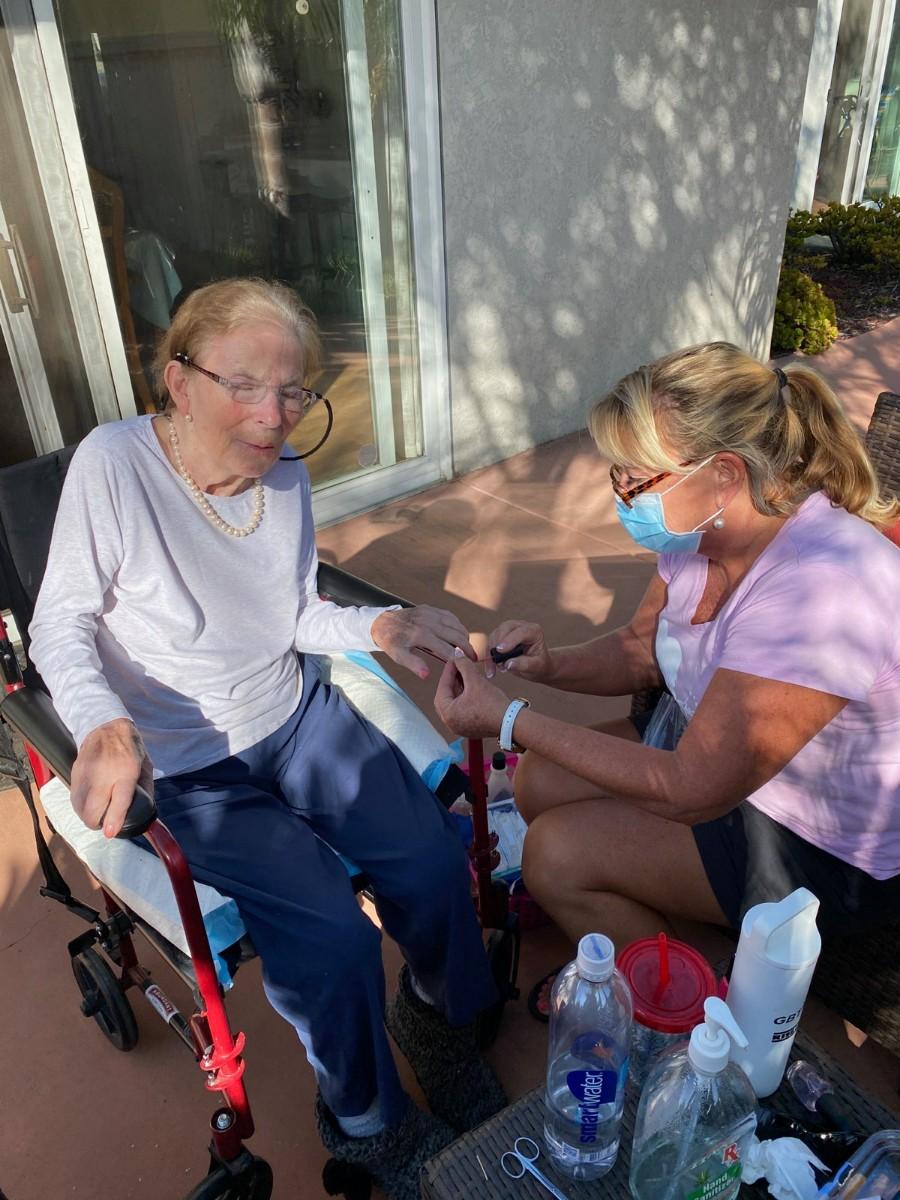 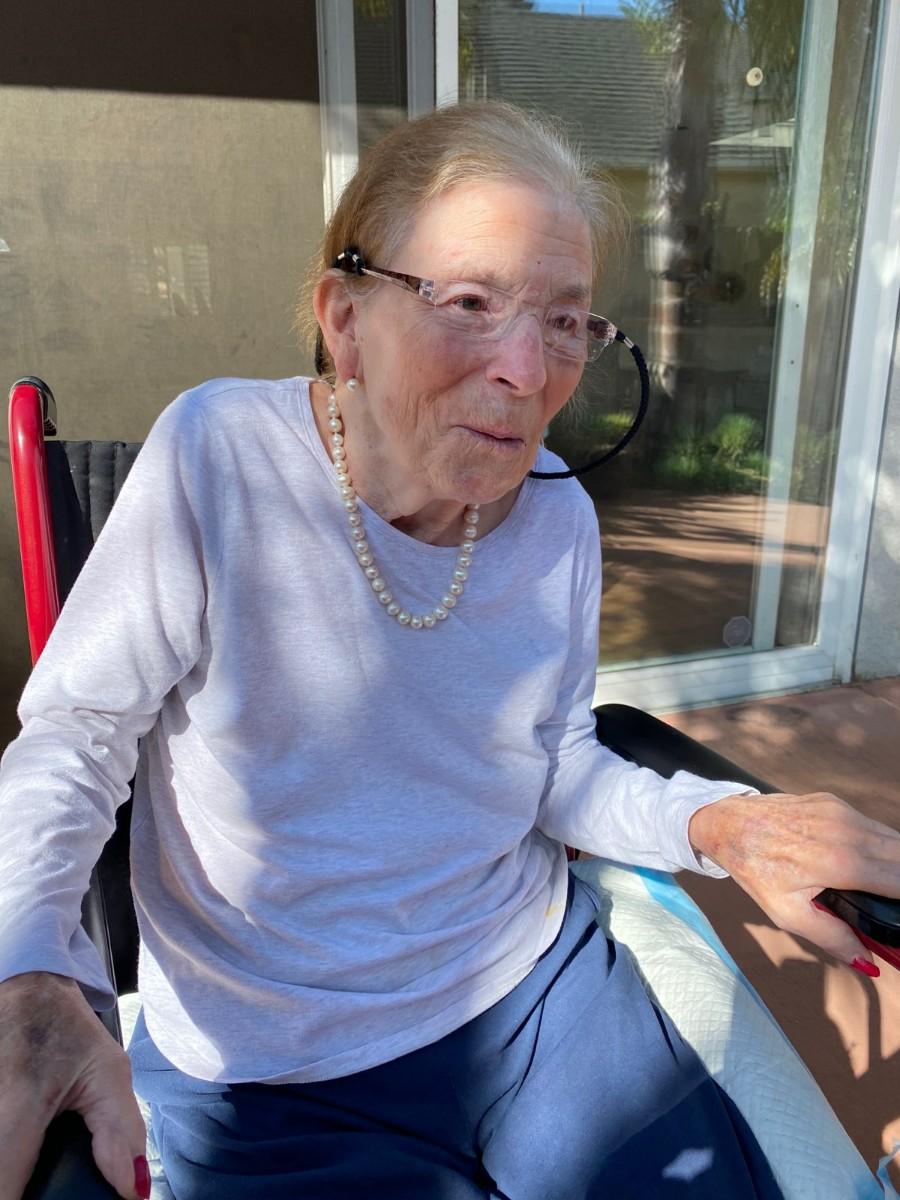